What happens when Pamguard freezes (due to memory issues) while creating an LTSA?

I'm using Pamguard to process some recordings and I keep having an issue where it is freezing. I'm trying to create an LTSA at the same time as using the GPL detector (for blue whale A/B calls). I have run just the GPL detector in the past without it stalling, but when I added the LTSA module, the software crashes after running about 24 hours of recordings. I know it's stalling because of the LTSA because Pamguard throws a warning on the main panel of the software (see screenshot below). Is there anything I can do to fix how often it crashes? The files I am processing are sampled at 384kHz. I'm decimating them to 400Hz to run the GPL detector but I'm trying to create a full bandwidth LTSA. Is this just too much for Pamguard to handle? See the second screenshot below for the DOS window 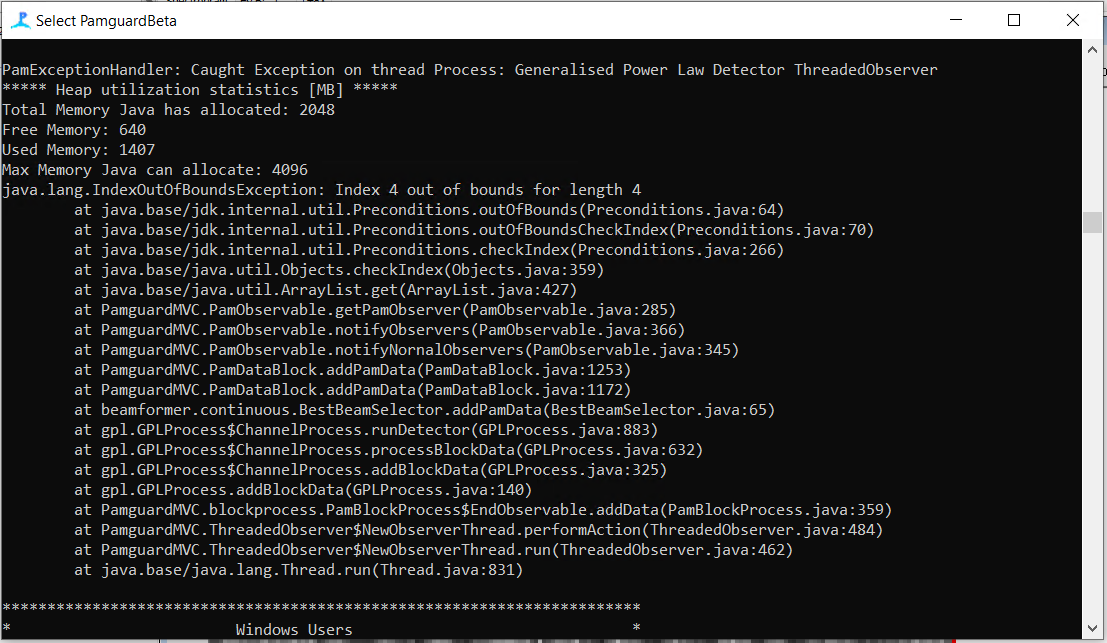 It looks like there is a bug in the GPL detector. Can you make sure you are using the very latest version of PAMGuard and, if so, then please send this to support@pamguard.org along with your .psfx file and an example of the audio data.

9
Date ticked LTSA using PAMGuard binaries from duty cycled soundtrap data
8
Could I use the click train identification detector of pamguard when I only have one channel (one hydrophone)?
7
Improving whistle detection rates in PAMGuard
4
Can't hear my .wav files in PAMGuard, issues with loading spectrogram